This young lady from County Tyrone’s love for music started at an early age, and encouraged and supported by her family and teachers, studied music and had her voice trained classically.

Music was never too far away for Cliona – after getting A Levels, Cliona went on to study at Queens University achieving a Music Degree, then on to Edinburgh University, where she qualified as a Secondary Music Teacher.

2009 was an exciting year for Cliona, when she got to the finals of RTÉ’s “All Ireland Talent Show”, representing County Tyrone and Northern Ireland.

Cliona loved teaching but she always said, “performing and Country Music was in her heart and where she truly wanted to be”.

2019 was an unforgettable year for Cliona – being announced as a Dancing with The Stars contestant and reaching the Final of the popular show on RTÉ 1.

Cliona set out with her brand new band and ‘Dance On’ Tour at Easter, with a jam-packed schedule filled with dances, festival slots and performing to a staggering 9,000 country music fans for a second year in a row at the Farmers Bash in the SSE Arena, Belfast.

The New Year is already looking bright for Cliona, after winning ‘Female Vocalist of the Year’ for the fourth time in a row at this year’s Sunday World Awards. 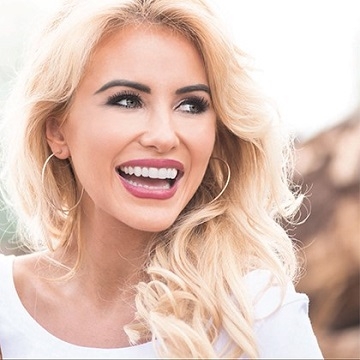