2014 marked a massive milestone in the career of Omagh singer Dominic Kirwan, 25 years since the talented entertainer signed a record deal with Ritz records and gave to the public his debut album “Try a Little Kindness”.

25 years plus now and the story continues Dominic remaining one of the most popular singers touring, performing and recording with a fan base of all ages throughout the world who enjoy his wonderful stage presence and performances.

He took to the stage of Omagh Town Hall to dance in a Feis at six years of age and that has been his home basically ever since.

From playing the pubs and clubs of his homeland to the cream of the UK’s concert Halls and Theatres it’s been a stunning rise, a magical journey indeed through the ranks of this business we call “show” for Dominic.

Impossible to pigeonhole since he broke on to the circuit as a professional singer, Dominic from the County of Tyrone where some of Ireland’s greatest names in music have come from, has been entertaining professionally since 1989.

Audiences big and small of all ages have enjoyed the genial talent that is Mr Kirwan, from the Shetlands to Lands’ End, from Malin to Mizzen with the USA, Australia, New Zealand and a fair bit of everywhere else in between thrown in for good measure.

Dominic has been a constant on the stages of dance halls, clubs and theatres with a brand of show that has ebbed and flowed but never let the loyal fans that have followed the former car parts salesman, down.

Dominic has been described as the ultimate entertainer, at ease with songs such as “Like Father Like Son” to “Noreen Bawn” from “Absent Friends” to “Some Girls”. The show is an eclectic mix of songs that just sit begging to be sung in Kirwan’s own style.

For those who don’t know Dominic his journey to the top is easily navigated, from a strong musical background back boned by his late Mother Elizabeth better known as Lila it comes perhaps as no surprise that Dominic has been such a success in the music industry, he took to that stage as a champion Irish dancer.

From stage shows to taking his own band on the road “The Melody boys” to winning a talent show that brought him to the attention of Mick Clerkin and Ritz records when he recorded the album “The Green Fields of Ireland” as part of his prize.

In January 89 the contract was signed and after a concert tour with Philomena Begley that debut album “Try A Little Kindness” was released in the Autumn………….the rest , 25 years on, is history but a story that continues.

Kirwan, a Father of four sons and a daughter signed with the label and has recorded well over a dozen albums, numerous singles, videos and DVDs.

Kirwan’s stage presence still lights up the room, ignites and engages the audience and holds them in the palm of his hand. A vibrant mix of classic country, a hint of rock and roll, a sprinkling of a ballad, a touch of a standard with just a spot of an inspirational classic and you have the ‘Dominic Kirwan Show’ and what a show it is.

The Dominic Kirwan show has often been a night of nostalgia as genial Mr Kirwan rolls back the years, belting out many of the songs that has made him a household name. It will be a night to celebrate, savour and enjoy Dominic at his very best.

Relive the magical moments of one of Ireland’s finest entertainers. In his own inimitable style Dominic will be joined by Mary Duff on this tour, she certainly needs no introduction.

It’s been a stunning career for the Omagh man, from tours with Charley Pride and Tammy Wynette to sell out UK and Irish tours in his own right Dominic remains the man he always was, a genial entertainer with an eye for detail but grounded.

Well aware of where he came from, has travelled to and where he remains to visit, this is Dominic Kirwan. 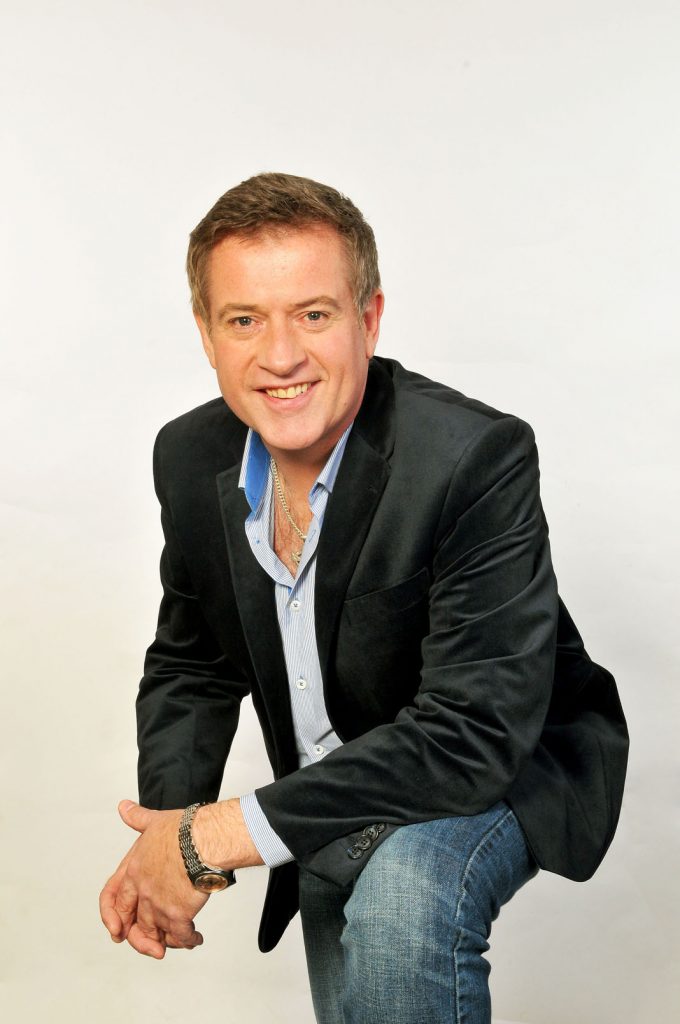