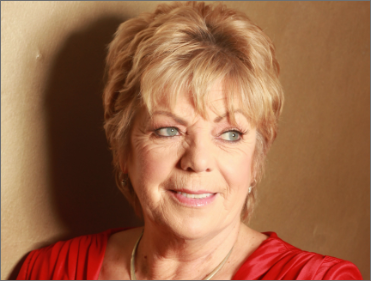 Kathy Durkin was born on the 1st of April 1955 in Butlers bridge, Co. Cavan, she is an Irish singer in the Country and Irish genre.

Her father is the great Eugene Leddy a well-known fiddler who toured Ireland with his Ceili band in the 1940’s and 1950’s. While music was always a passion, she did not seek a professional career even though she has learned the piano accordion and enjoyed singing.

Kathy is best known for her hits ‘Working Man’ and ‘The Clock in the Tower’, with her hit ‘Working Man’ staying in the charts for an impressive 26 weeks. Kathy is not only an impressive vocalist she has also starred in the Cavan ladies football team and gone on to win All Ireland honours in 1977.

In the early 80’s and sang with a local band around the clubs and made an appearance on RTE television gaining her a recording contract with Harmac Recordings.

Her 1988 recording of ‘Midnight to Moonlight’ proved very successful. She appeared at the Wembley International Country Music Festival in 1990 and a year later, she scored a big hit in Ireland with her version of Rita MacNeill’s ‘Working Man’.

In recent years, she has worked to consolidate her position as one of the top female vocalists not only in her native Eire but also by touring country clubs in the UK.

Kathy is well known for her fundraising and charity work and in particular for her major fundraising efforts for Our Lady’s Hospital, Crumlin.

In 2020 Kathy released a brand-new single called ‘Go Light Your World’ whilst celebrating 30 years in the music business and is making it with a powerful message of Hope with a powerful ballad.

Fill in our Proposed Booking Form for Kathy Durkin for your next event, function or party